People often ask: Can I smoke on a cruise ship?

Once upon a time you could smoke almost anywhere on a cruise ship. Remember movies set in the 1940s and ’50s where elegant passengers taking romantic transatlantic voyages would be seen in their cocktail dresses and tuxedos – the ladies with their cigarette holders and men with their port and cigars. The ever-suave Cary Grant was puffing away on the SS Constitution (the ship standing in for what was supposed to be the Queen Mary) in the 1957 film, “An Affair to Remember”.

Fast forward to the mid-1990s and smoking bans began to appear in cruise ship dining rooms. Not everyone was happy. Carnival Cruise Line lead the way and Princess Cruises soon followed. In 1998 Carnival launched the first purpose-built smoke-free cruise ship, Paradise, later renamed Carnival Paradise. It caused quite a stir at the time as Carnival Cruise Line promised to fine any person caught smoking US$250 and put them off at the next port!

Alas, the completely non-smoking ship did not last too long and Carnival Paradise (which is still part of the Carnival fleet and today cruises to Cuba from the US), converted to a smoking ship in 2003.  Who would have guessed that smokers apparently like to have a drink and a bit of a punt in the casino, and the Paradise was losing out on this valuable income stream!

Nowadays there are no completely smoke-free ships, however, there are fewer and fewer places to smoke. Not too long ago some cruise lines let people smoke electronic cigarettes in their cabins and normal cigarettes on their balconies. Nowadays that is a serious no-no.

Fire is the most dangerous hazard on cruise ships  – smokers are warned not to throw cigarettes overboard as drafts could very well suck a still-lighted butt back onto the ship where it could smoulder away undetected.

As a general rule of thumb, passengers cannot smoke in cabins (and any other style of accommodation),  on their cabin balconies or in public areas such as restaurants, bars and showrooms. The only interior areas where smoking is sometimes permitted (and only on some cruise lines) is the casino and , very rarely, in the nightclub.  A handful of ships have dedicated smoking lounges for cigars smokers, where the air is constantly ‘refreshed’ by air extractors and where humidors keep the expensive cigars in tip-top condition. In this post, smoking refers to cigarettes, e-cigarettes, illegal smoking substances, pipes and cigars.

Where You Can Smoke: Smoking is allowed on the outside deck, on one side only of the pool deck. The side, be it port or starboard side, varies depending on the ship.

Smoking is allowed in the slot-machine area of the casino on most ships, however, it’s not allowed on Oosterdam and Eurodam.

And in what seems like a strange move, passengers can smoke in the casino on Noordam  during two nights of a cruise.

Where You Can’t  Smoke: All cabins, cabin balconies, most indoor areas.

Cigar and Pipe Smoking:  In designated areas on the open decks.

Where You Can Smoke: Smoking is only permitted in designated outside areas that are clearly marked.

Where You Can’t Smoke: All cabins, including balconies and anywhere that is not a designated smoking area.

Cigar and Pipe Smoking: Cigar and pipe smoking is only allowed in the designated outside areas.

Where You Can Smoke: Smoking is permitted only in designated outside areas that are clearly marked. During embarkation in Sydney, smoking is not permitted anywhere on board Carnival’s two ships – Carnival Spirit and Carnival Legend – until sailing. Cigarettes and e-cigarettes can be smoked in the night clubs on most ships, but not on Carnival Horizon, Carnival Sunshine or Carnival Vista) and in the designated sections of the casino.

Where You Can’t Smoke: All cabins, including balconies and anywhere that is not a designated smoking area.

Cigar and Pipe Smoking: Cigar and pipe smoking is only allowed in the designated outside areas.

Where You Can Smoke: Smoking is permitted only in designated outside areas that are clearly marked. Smoking is permitted in the slot machine area of the casino, and in cigar lounges, which are on board several of the line’s 18 ships. The lounges are called Churchill’s or Speakeasy.

Where You Can’t Smoke: All cabins including balconies and anywhere that is not a designated smoking area.

Cigar and Pipe Smoking: Cigar and pipe smoking is only allowed in the designated outside areas and the cigar lounges.

Where You Can Smoke: Smoking is permitted in designated open deck areas that are clearly marked. Cunard ships  – Queen Mary 2 and Queen Victoria – also have a Churchill’s Cigar Lounge for pipe and cigar smoking only.

Where You Can’t Smoke: All cabins including balconies and all inside public areas.

Cigar and Pipe Smoking: Cigar and pipe smoking is allowed on designated open deck areas and in the Churchill’s cigar lounge on Queen Mary 2 and Queen Victoria.

Where You Can Smoke: Smoking is allowed in designated areas on the open deck. Smoking is also permitted in the casinos, however, it appears that only gamblers (and not observers) can smoke. Several of the ships also have cigar bars.

Where You Can’t Smoke: Smoking is not allowed in cabins or on cabin balconies and in indoor public areas, and outdoor areas, other than those mentioned above.

Cigar and Pipe Smoking:  There are cigar bars on many of NCL’s ship. Check with the cruise line to find out which of the 16 ships has this facility.

Where You Can Smoke: Smoking, including e-cigarettes and pipe and cigars, is permitted  in designated outdoor areas of all ships. Smoking is also permitted in designated areas in the casino. Several of the ships in the huge fleet have Connoisseur Club lounges, where cigars can be smoked and premium spirits and liqueurs are served. Not all ships have these cigar bars but those that do include Jewel, Freedom and Liberty of the Seas.  Check the line’s website.

Where You Can’t Smoke: All cabins including balconies, inside public areas (except casinos and cigar bars) and in outside areas beyond those clearly designated.

Cigar and Pipe Smoking: Cigar and pipe smoking is allowed in the designated outdoor deck areas and in the Connoisseur Club lounge.

Celebrity Cruises is quite vague about where one can smoke on its ships. Its website simply says smoking is only permitted in “designated smoking areas”; these are not specified.

Where you can smoke: It would be keeping with industry standards to assume that  smoking is allowed in certain areas on the outdoor decks only. Information supplied a few years ago stated that cigars and pipes could only be smoked on the port side (left) of the Lawn Club. The Lawn Club – a top deck bowling green – is a feature of Solstice class ships, including Celebrity Solstice that visits Australia annually.

Where you Can’t Smoke: All cabins and verandas and most public rooms.

Cigar and Pipe Smoking: Cigar and pipe smoking is restricted to port side of the Lawn Club on various ships’ top decks. 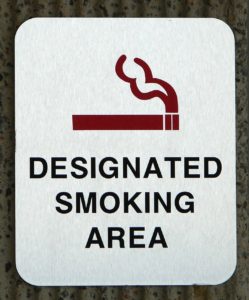 It is fair to say that cruise lines that carry a majority of American passengers will have similar policies to those above – these lines may include Oceania Cruises, Crystal, Regent Seven Seas, Seabourn, Viking Ocean Cruises, Silversea Cruises and others. It is advisable to check with the cruise line first.

It’s also fair to say that you will encounter the most smokers on itineraries that attract a majority of European passengers.

Italian cruise lines such as MSC Cruises and Costa Cruises seem to have quite different policies.

Smokers – fear not – you can still light up on all cruise ships, but just make sure you don’t do so in the cabin or on your balcony as most American-based lines say they will hit you for a $US250 cleaning fee.

Stick to an outside deck under a smoking-designated sign, and you’ll be OK…..for now.

Part of this article was published in the Australian Cruise Critic website. http://www.cruisecritic.com.au

Fiction in the time of Covid: Episode 1 When you can’t go cruising or travelling – and write about it for a living – there are still many creative ways to keep your mind nimble. […]

From Broadway razzmatazz to risque burlesque, cruise shows just keep getting better They say the show must go on and when it comes to entertainment on the high seas, it’s full steam ahead. A night […]