Fiction in the time of Covid – Episode 6

Apologies to my many Tiffy & Mrs. Mac fans for not posting the latest episode of the duo’s adventures until now. Let’s call it fiction fatigue or pandemic pause. Whatever alliteration takes your fancy. I actually write my 500-word frivolous fiction pieces quite a way in advance of my posting here.

However, I’ve been busy – entering writing comps (alas, to no avail) and beavering away at all sorts of travel writing projects to keep boredom from the door as, like you, I’ve hunkered down during the nine weeks of Sydney lockdown, so far.

But hey,  let’s not despair. Others are or were worse off. Think of Tiffany & Mrs. Mac who endured Britain’s strict lockdown tiers last year. They were stoic; they had months of it. Just because the privileged pair lived in a vast mansion in a fashionable square of London, complete with maid and fresh croissants on tap, doesn’t mean that didn’t have their down moments. They did and do, mes amis.

Mrs. Mac who endured the blitz, as a mere babe-in-arms, mind you, and Tiffany, who has suffered more WiFi outages than any girl her age should have to endure, also feel our pain. They know the meaning of empathy, or in Tiff’s case are meaning to look it up.

The last time we checked in, Mrs. MacPhillamy had informed Tiffany that she had to study if she wanted to keep living, Scott free on Grandma’s coin. Tiffany balked, but as she did rather love her private wing in grandma’s pad, and the housekeeper, Marjorie, at the ready, she decided to toe the line. But Tiffy wasn’t happy. Let’s take up the story in the bleak month of February 2021.

Oh – the rules for this Furious Fiction writing competition were thus:

Virtual school was disappointing – and hard. Nothing like the fun she’d had at St Annabel’s college for young ladies, hiding with her besties and smoking Dunhill Fine Cut Golds, far from the suspicious eyes of the headmistress.

And absolutely nothing like university; no friends for endless gossip and no shy boys from those good families to tease with her magnetic charm.

She disliked the faces that popped up during virtual tutorials, wearing what was supposed to be their best outfits – a motley array of so-called cool T-shirts and tops.  She loathed the way they recited their oral homework in a “goodie-goodie” fashion hoping to win brownie points from the teachers. Surely these students – some with broad northern accents and even a sprinkling from Essex – didn’t think they could ever become “influencers”? Who would want to follow them on Instagram?  Most were uncouth, some downright feral.

Mrs. MacPhillamy insisted she complete the course; she had to tune in for thrice-weekly hourly sessions, prepare homework, and study for a monthly test. It was a nightmare!

Just after midday, the old lady entered Tiffany’s room after a cursory knock.

“Break time Tiffy dear. Join me in the conservatory for a spot of lunch.” Tiffany was sure Grandma was enjoying watching her squirm.

She kept saying: “Social Media is your thing, Tiffany. You’ll love this course. You’ll be tik-toking in no time.” Very annoying!

Tiffany followed several “influencers” who posed with handbags and jewellery and draped their near-naked bodies by flashy hotel swimming pools and who, most importantly, got to keep the loot.  She’d downloaded the audiobook “100 Million Followers: How I Built a Massive Social presence in 30 days” but hadn’t yet listened to it.

Grandmother had suggested she tune in before she dropped off to sleep. Something about “subliminal immersion”. Very, very annoying.

Tiffany walked into the morning room. An array of petite sandwiches and sweet delicacies sat on a three-tier tray. Had Grandma ordered in from Harrods? Where was she anyway?

“Darling, I have a great idea for your Social Media homework. My friend Vivienne has opened another boutique – this one online – for the pandemically-paranoid, of course. We’ll set up her Instagram page, I’ll model the fashions. And we’ll watch those followers flock in dear!”

She sashayed towards her granddaughter, did a twirl, took out her phone, and snapped a selfie.

“Vivi has a dozen flowing numbers like this. Hide a multitude of sins, Tiffany. Perfect for the social hostess who loves a tipple and a teacake, don’t you think?”

This was now seriously annoying.

Tune in next time when Mrs. MacPhillamy is tormented by travel brochures. Normally, come March, she’d be cruising the world on the Queen Mary 2. But all she can look forward to are months of bleak lockdown, gins & tonic, and reading the paper by the fire. 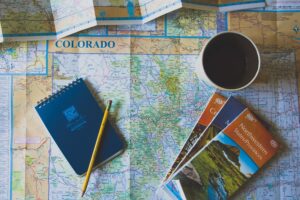 As you know anyone can enter Furious Fiction. Here’s the link. https://www.writerscentre.com.au/furious-fiction/