Fiction in the time of COVID  – Episode 8

I must begin this blog with an apology. I’m sorry for the silence, however, duties beyond my control have called me away from the tales and travails of Tiffany and her elderly relative. But I’m back.

This latest adventure of grandmother and granddaughter takes place in April, and in London, as my readers know. Things were bleak back then; our British brethren were champing at the bit to get out of town and escape to the countryside for some fresh air, or even just venture to the other side of town for a Scotch Egg or a Spotted Dick…but that’s another story.

So, it’s April and our two gals are keen to pack their bags and head north to frolic on Lakeland shores and prop up bar stools in old country pubs. But, not surprisingly, so does everyone else in London – the rush to get out to the place is huge and even cashed-up Mrs. Mac must take her place in the queue.

Now, back to me. Every month since September 2020 I have been entering the Furious Fiction writing competition, and every month since then, I’ve somehow been overlooked by the judges. I agree, the mind boggles.

Each month we literary competitors are given a new brief. There may be a scenario we have to include or certain words and phrases must be woven into our 500-word (max) stories. For the April 2021 task, we had to begin our story with some kind of queue and include the words Cross, Drop, and Lucky. These three words could be plurals or a prefix, suffix, or both could be added (as long as the root word is maintained). And the story had to include a map. How we interpret these instructions is up to us.

So my friends, mes amis, here is my offering from April. 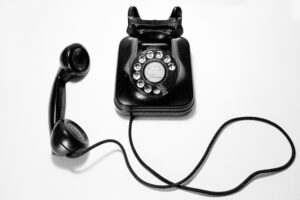 “Tiffany had been on the phone for an eternity.

“Your call is very important to us,” the digital voice declared.  “You are now  10th in the queue.”

Fortunately, grandmother had insisted she sit in the comfy armchair and use the landline, once its strange workings had been explained to her.

Mrs. MacPhillamy entered the morning room just as her granddaughter drained her cocktail.

“Still on the phone dear,” she quipped. “Goodness, Regal Tours has always been the best in the business. They’d drop everything when they knew I was on the line.”

“But what about the internet?”

“It’s jammed grandmother. Everyone’s trying to get out of London at once.”

Mrs. MacPhillamy groaned. Hopefully, Beatrice at Regal would work her magic and book the five-star hotel on Lake Windermere. She’d been dreaming of a Lake District sojourn ever since news broke – from that dreadful Boris – that Londoners could soon escape lockdown.

Freedom was still weeks away, but one had to act smartly to snare a two-room apartment with lake views ahead of the hoi polloi. Those tradespeople had become so savvy with the internet and they had money to burn.

Tiffany had suggested an alternative. “What about we jump in the Beemer and book AirBnBs as we go?”

Tiffany could barely read a map; she certainly couldn’t be trusted at the wheel of the vintage Roadster.

“We’ll use Google Maps. It’ll be a fun girls’ road trip, Grandma.”Mrs. MacPhillamy had acted swiftly, laying down the law. It would be the hotel’s personal limousine service or nothing at all.

“Standards are standards, Tiffy.  I’m not dropping mine, even if the country is in deep shit.”

Tiffany put the phone on speaker.  “You are now fifth in the queue.”

Where were the limes? It was all too much!

“Fresh limes, Marjorie. The ice bucket needs replenishing, too. And do mix Tiffany another Aperol thingy! ” she croaked down the house intercom.

And she’d found time to secure a Wotif booking of her own.

Once the pair were safely in the hotel’s limo, she’d be off.

A daggy little AirBnB in Blackpool would do very nicely.”

Well folks, we’ll leave our adventurous pair here for now. But I’ll be back soon with Episode 9. I promise.

Next time Tiffany and her grandma do manage to get out of London and head north to the Lake District. They yearn to wallow in freedom, fresh air, and the finer things in life. But does it all go to plan? Stay tuned.

Every month I’ve encouraged readers to enter the Furious Fiction contest if they feel the muse calling them. However, I’ve recently found out that the contest will now revert to a seasonal competition  – which means I’ll be writing my Adventures of Tiffany & Mrs. Mac four times a year instead of 12 unless I wish to up the ante. I still have another 8 episodes to upload so I hope I won’t run out of stories for a while. I’ve thoroughly enjoyed writing my stories once a month, although sometimes I just make the deadline — as I did in December this year as there was just too much Yuletime shopping and catching up with friends to do. I got my last story in just 23 minutes before the deadline!  Happy writing and Happy New Year.

For those who wish to enter the Furious Fiction website is: https://www.writerscentre.com.au/furious-fiction/

FICTION IN THE TIME OF COVID:  Episode 3 Some readers will know that I started writing fiction for kicks when travel writing dried up or began to wither on the vine. I do love a […]