Fiction in the time of COVID  – Episode 9

And what a weird year it is so far…..what more can I say, but hang in there and have a laugh. If you can get your hands on a RAT test, then consider it a mini-triumph and do a happy dance. That’s my expert advice. It’s as good as ScoMo’s.

I’m pretty chuffed as I believe those who have the job of naming cyclones and hurricanes have been reading my blog.

Yes, Cyclone Tiffany has been named in honour of my young protagonist. My Tiffany is a ditzy whirlwind to be sure. Rushing about, causing a bit of chaos, blowing hard for a while, and then petering out, settling down, and turning on Netflix.

However, she would not be happy to know that the storm, which brought lashings of rain and fierce winds to Queensland and the Northern Territory, has been downgraded to ex-Tropical Cyclone Tiffany.

But hey, she did have her moment in the sun….nah, that can’t be right.

Whatever — This episode of The Adventures of Tiffany & Mrs. Mac does, as it happens, features a storm.

The last time we caught up with the gals, they were desperately trying to book a first-class hotel (on the banks of Lake Windermere with expansive views) but were having difficulty snaring a room, let alone two sumptuous adjoining suites. But patience won out and they scored accommodation at an old inn. They both breathed a sigh of relief and mixed a drink.

I wrote the episode for May 2021 Furious Fiction competition, which occurred around Mother’s Day. Each month the writing contest organisers give us various scenes and words we must include in the story.

This time the story had to be set during a storm, it had to include the words Mother, Apple, and Yesterday and also include the phrase Sit/Sitting on the Fence.

Mrs. MacPhillamy watched with mounting irritation as raindrops splattered her Louis Vuitton suitcases piled high on the footpath. Tiffany sat on the vintage trunk and used the hat-box as an umbrella, waiting for the chauffeur-driven hire car that would transport her and grandmother to the Lake District.

Grandma tried hard to relax, but the ghastly car was 12 minutes late and Tiffany showed no regard for her hand-crafted leather luggage. Mrs. Mac’s only consolation was that they were escaping London’s lockdown, even if the hotel could not provide its own limousine service.

Tiffany had tried to be cheerful. She’d reassured Grandma that the Truffle & Trotter Inn was a “next level Gucci” hotel, where she’d snared the two absolute best rooms in the house.

“It’s very yesterday, Grandma. Just how you like it.”

“That’s yesteryear, dear. And I’m quite sure I would have said ‘historic’.”

Grandmother stifled a groan and for a split second wondered whether she’d packed the wrong designer bags.

Finally, the car arrived; the ladies climbed in as the driver crushed his cigarette on the pavement and grunted a perfunctory hello.

He heaved six bags into the boot just as Tiffany’s iPhone rang.

A barrage of screeching, akin to an alley cat on heat, came down the line. Tiffy held the phone at arm’s length. The young girl managed to mutter a few words and hung up.

“Who or what was that dear?” Grandma inquired.

Ahh yes, grandmother thought, that hideous woman. She’d been superseded so many times that Mrs. Mac could barely keep track of her daughters-in-law. But yes, her son’s first wife – Tiffany’s rightful mother – was far from a class act.

“She said never to call her before noon; she plays bridge and doesn’t want to be disturbed. Tiffy stifled a sniff. “And..and…she said, she’s taking Hugo to tea at the Ritz.”

The whole family knew that Tiffany’s older brother –charming but utterly shifty – was the apple of his mother’s eye.

“I was just ringing to say Happy Mother’s Day”, Tiffany chocked back a tear.

“Now, now Tiffy. We’ll have our own sumptuous high tea; we’ll drink cocktails and we’ll even bathe in French champagne.”

Tiffany laughed despite herself just as thunder struck and lightning illuminated the horizon. The heavens opened and rain lashed the M1 as far as the eye could see.

“Looks like one hell of a storm ladies,” the driver quipped, swerving to miss a fallen branch.

The car rounded the last bend and stopped outside the Truffle & Trotter. The ladies gasped – no porters insight, no concierge to greet them.

Just the old inn standing in fading light minus most of its roof and a dozen smashed casement windows banging in the breeze. Guests, herded into the garden for refuge, grabbed chairs when they could; others had no option but to sit on the fence. 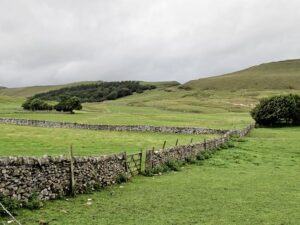 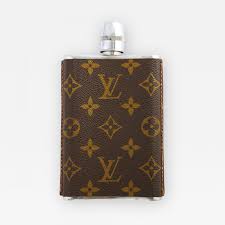 Next time, I can reveal that Mrs. Mac has an epiphany – but not the type celebrated on January 6. You’ll find out soon enough how Grandma decides to embrace change. While there may not be limes for her G&T, we discover that she does know how to make lemonade from the imperfect lemons the innkeeper has on hand (metaphorically speaking, of course).

As you may know, the Furious Fiction competition is run by the Australian Writers’ Centre (AWC) and is open to all comers. The usual monthly contests have now moved to seasonal – so the next one won’t be until March 2022. It’s a pity because, as a writer, I do thrive on a deadline!

Here’s the link to the contest: https://www.writerscentre.com.au/furious-fiction/